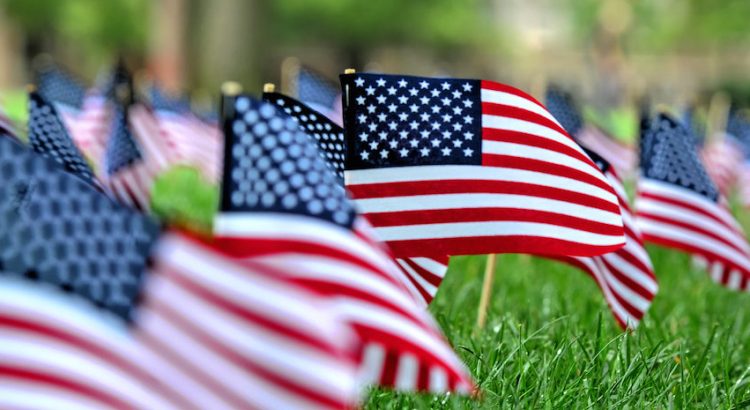 The Davis Veterans of Foreign Wars Post 6949 and the Davis Cemetery District will host its annual Memorial Day ceremony at 10 a.m. Monday, May 28th, at the Davis Cemetery & Arboretum, 820 Pole Line Road. The Davis Brass Ensemble will perform a medley of patriotic music from 9:30am-10:00am. The Memorial Day program will be from 10:00am-12:00 pm.
Davis Boy Scouts , Cub Scouts and Girl Scouts will place the flags on the graves of veterans early that morning and pick them up that evening.
The ceremony will feature the Davis Brass Ensemble, Davis Children’s Chorale and the Davis High School Madrigals, Carol Kessler, Davis Poet Laureate Dr. Andy Jones, an introduction by Mayor Pro-tem Brett Lee and the keynote speaker will be Jerry Coker.

The son of a career soldier, Jerry Coker lived in the Midwest and Alaska until his father retired from the Army and settled in California. In 1968 Jerry enlisted in the US Marine Corps one week after high school graduation, serving as a rifleman in South Vietnam with the Second Battalion, 26th Marine Regiment. In the spring of 1969 he was severely wounded from grenade fragments during night operations in Quang Nam Province, southwest of Danang City.

After a lengthy recovery in Japan and stateside, Jerry returned to school, married his girlfriend, Jan, and began to write fiction. He earned degrees from UC Davis in English Literature and the Brown University Graduate Writing Program, returning to California in the late 70s to begin a diverse career that began at UC Davis. At UCD he served as a recruiter, publications writer and editor. In his corporate career he served as a marketing manager, researcher, business proposal manager and contract administrator. He later served as a management consultant, high school English teacher, and was the owner of an Information Technology staffing augmentation consulting firm with State and Federal Clients.
During these nearly forty years in Davis, he shared the raising of their two boys, Nathan and Drew with Jan, a musician and long-time Davis elementary school teacher. After the boys left their hometown to find their own path, both serving in Iraqwith the Marines and then eventually returning to the area with their own wives and now grandchildren, Jan and Jerry realized their small part in the full circle of life, and how precious that participation is.

He is author of two World War II historical fiction novels, First Among Men (2013, Pocol Press), about the 1943 invasion of Attu Island in the Aleutians of which his father participated; and Into the Wet (2015, Black Rose Writing and 2017, Pocol Press second printing), about the 1942 campaign of the Japanese Army to take New Guinea from the Australian Army, known as the battle for the Kokoda Trail.

I
We will be in need of volunteers to aid in the handing out of programs and the removal of flags later in the afternoon.  The Veterans of Foreign Wars is accepting monetary donations.