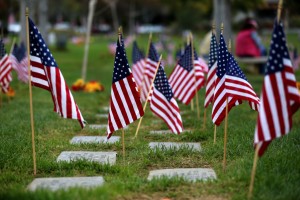 Memorial Day is an American holiday, observed on the last Monday of May, honoring the men and women who died while serving in the U.S. military. Originally known as Decoration Day, it originated in the years following the Civil War and became an official federal holiday in 1971. Many Americans observe Memorial Day by visiting cemeteries or memorials, holding family gatherings, and participating in parades. Unofficially, it marks the beginning of the summer season.

We always appreciate volunteers to aid in setup and cleanup. Please contact jess@daviscemetery.org if you would like to help.

This year’s keynote speaker has an impressive record of public service within our community. Since 2004, Dave has served as a Judge of the Yolo County Superior Court and in 2021 was elected as Vice President of the California Judges Association. Dave has held several public office seats including a two-term member of the Yolo County Board of Supervisors, a three-term member of the Davis City Council, and served as Mayor of Davis twice.  In addition to his public office roles, Dave worked on the Senior Staff of two California Governors and served as Grand Master of the Independent Order of Odd Fellows of California. Dave served on active duty as a commissioned officer in the United States Army during the Viet Nam era.